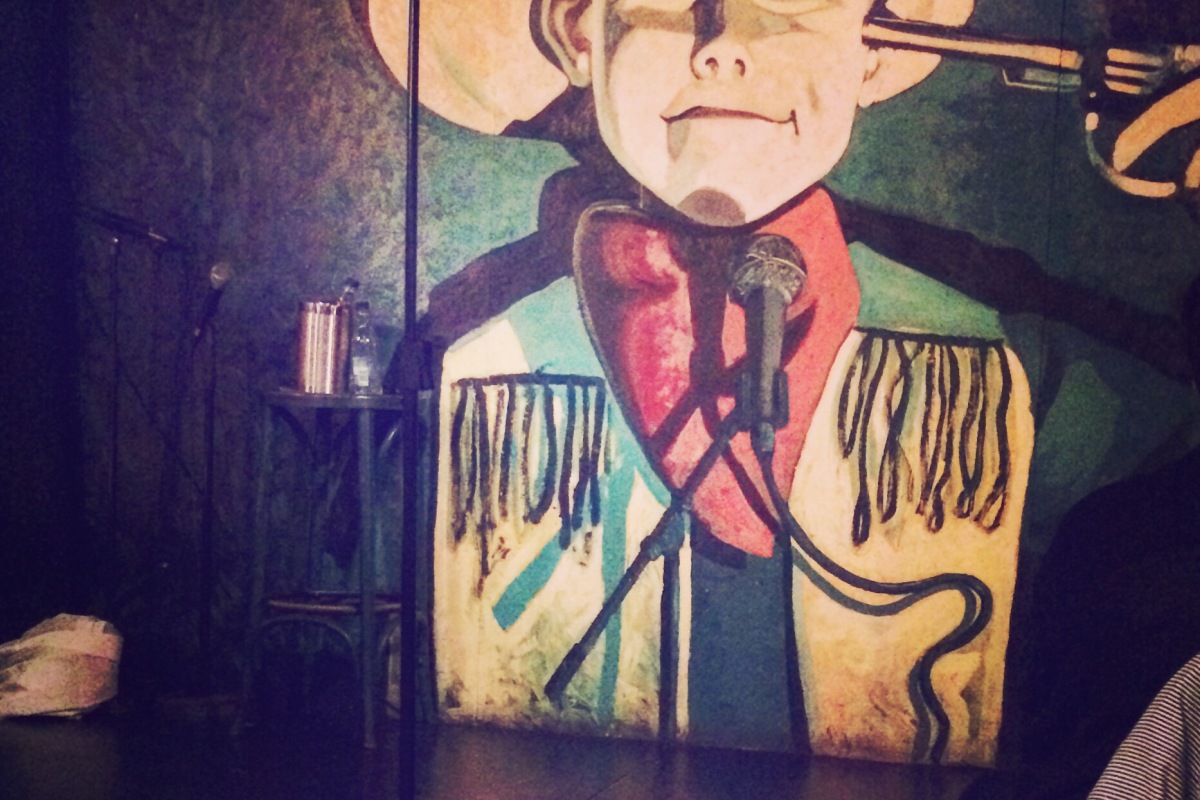 Recently, spurred on by the rapid approach of winter, a few changes on the domestic front, and just the plain old desire to do something different, I decided to make a big push and try out some new things.

A work night out at The Stand a couple of weeks back led me to look for some more gigs to go to there, and something about the flyer on the table for Scott Gibson’s debut solo show really appealed.

Social circles are difficult to establish as an adult in a new city. Having left college a while ago, changed job again and now needing to step away from the running scene for a while, I realised that didn’t leave me with many people. And so, with another potentially long dark cold Scottish winter coming up, I decided I’d better press on and take some action.

I booked two tickets, not knowing who I’d take with me.

A Facebook post led to a dear friend agreeing to come along, he’d always wanted to go to The Stand and as we sat there fizzing away with excitement, I realised I couldn’t have come with a better person as we were both looking forward to it as much as the other. The club was packed, we were sat in a sell-out crowd and the atmosphere and anticipation was building by the minute.

The club is in a basement, bar in one corner, no frills, furniture tightly packed. The tables and chairs go right up to the edge of the stage, which is only slightly raised above the floor. I’m not sure whether it’s more intimidating for the comedian or the audience who happen to end up in the front row. Intimate is not quite the word.

The show was absolutely excellent. It’s hard to go into much detail without giving away massive spoilers, but as promised, it was dark in places, incredibly funny and brilliantly delivered. We were spellbound for each half of the two hour set.

What has stayed with me (unsurprisingly for those who know a bit about me) is the brief statement made at the close of the show, about life being short, almost being taken away from you before you’d begun, and subsequently going after your dreams.

I moved to Scotland three years ago this month, having needed to make a huge change in my life before I ended up in a box, and not really knowing what my dreams were or what kind of a life lay ahead of me.

One of the best bits of the show was realising on our way home that we had just sat through two hours of somebody literally living their dream and appreciating and savouring every second of it. It was incredibly powerful and deeply moving, and both of us will remember it for many years to come.

A man who lives fully is prepared to die at any time.